Side By Side Productions was formed in 2009 by a group of friends wanting to create a small theatre company to stage smaller and lesser known musicals in unusual theatre spaces. The group is made up of versatile and talented performers from the Manchester and Salford areas who collaborate on the various aspects of producing the shows.

Since its inception Side by Side has produced several musicals on the Manchester fringe theatre scene including the hilarious musical revue I Love You, You're Perfect, Now Change, followed by original revues Live Laugh Love Life and Side by Side Show by Show.  In 2014 and with the support of the Manchester Pride Fringe Festival Side by Side Productions presented an acclaimed production of the song cycle Elegies for Angels, Punks and Raging Queens. The cast of this production were honoured to be asked to perform selections from the show at the Candlelit Vigil to close 2014's Manchester Pride festival.

In 2015 Side by Side presented a sold out run of the outrageous comedy The Great American Trailer Park Musical at AXM Bar in Manchester and in 2016 took on their most ambitious production to date with Urinetown the Musical at Manchester's new Hope Mill Theatre which met with sell out audiences and rave reviews.  Subsequently, the company produced three further productions at Hope Mill Theatre; the charming and quirky musical The 25th Annual Putnam County Spelling Bee, the unusual and intimate [title of show\ and the rarely performed musical farce Lucky Stiff.

Drawing from a pool of North West talent Side by Side Productions perform concerts and cabaret nights regularly throughout the year and are available for hire. 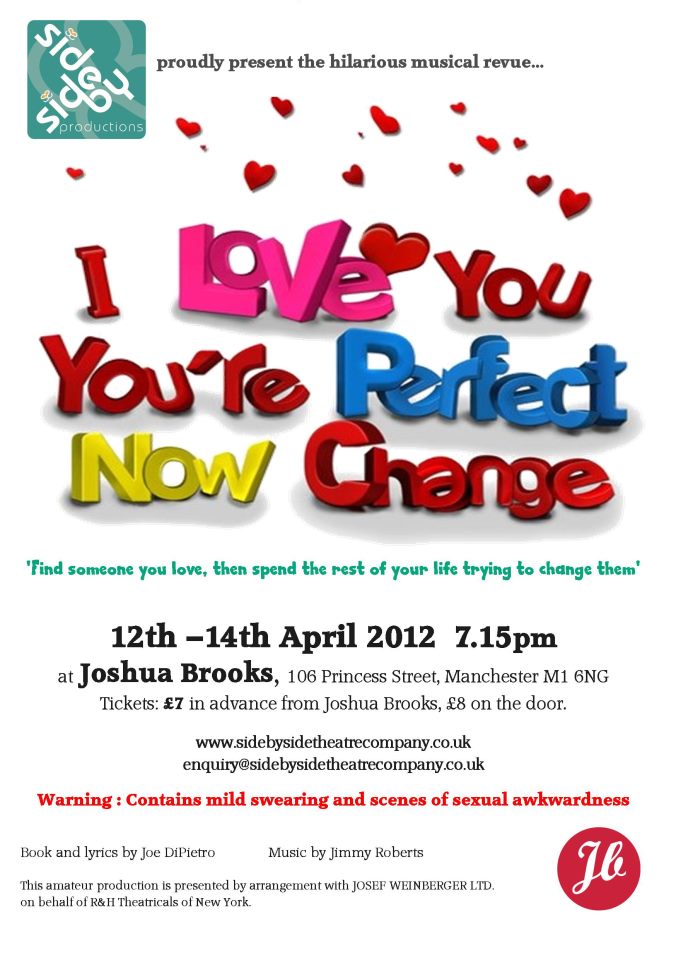 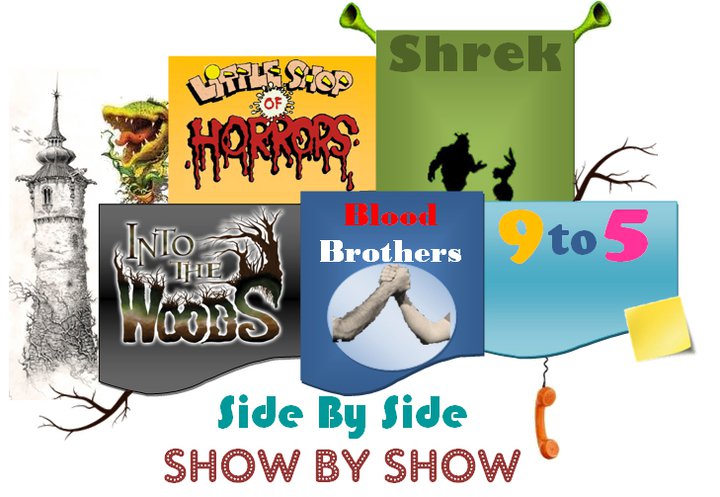 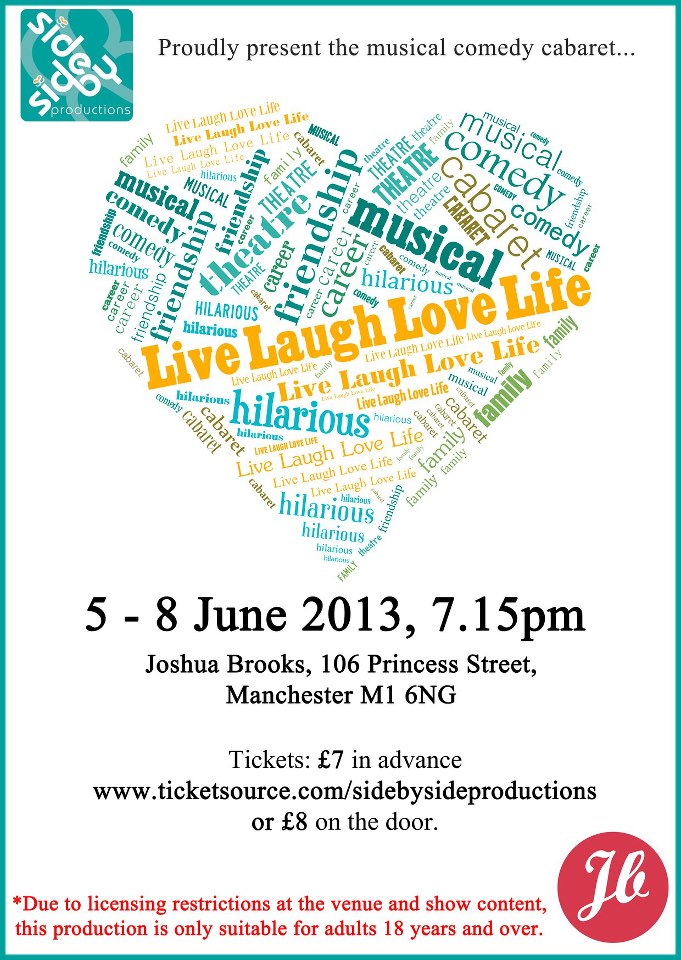 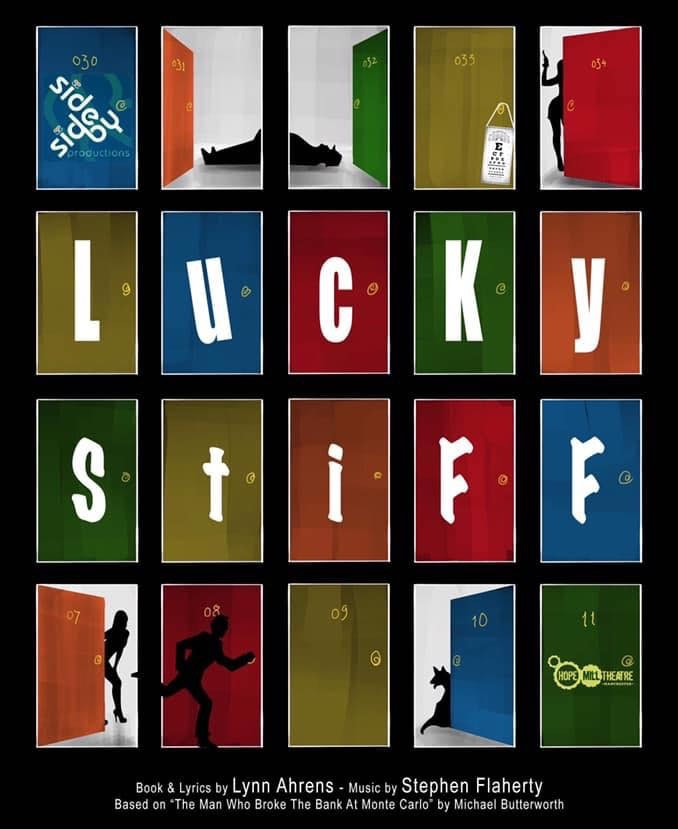